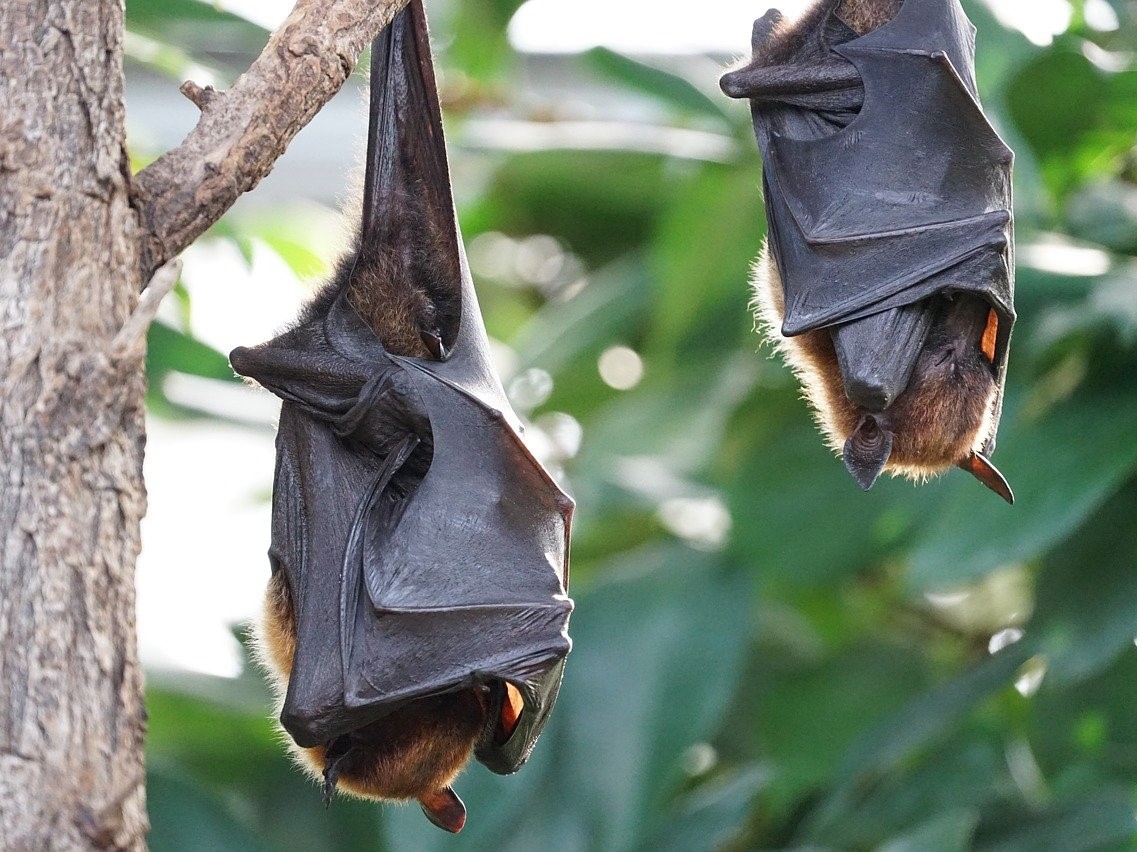 It’ s common, as the year comes to a close to look back in reflection. There is no doubt that 2020 was a year like no other.

It’s a year that none of us will forget for so many reasons and one that has been so difficult for so many.

Throughout this time, however, we have found solace in wildlife and the great outdoors. Wildlife has continued to hit the headlines. The threat of climate change has purred continuously on in the background, never far from our consciousness.

As we approach the end of this turbulent year I thought I would take a look at some of the key events that have impacted UK and global wildlife conservation issues in 2020.

It’s hard to recollect a time when Covid WASN’T dominating the headlines/our lives. But there was a time. Really.

The year began with Australia continuing to be torn apart by record breaking raging wildfires. The fires burned for almost 8 months in total and were responsible for the deaths of an estimated 3 billion animals.

The wildfires presented us with a stark reminder of the reality of climate change. It was perhaps a landmark event in demonstrating visually the levels of destruction that our planet could suffer in years to come.

When news of Covid emerged from China in January of this year, we really had no idea just how much of an impact this disease was about to have on our everyday lives.

One thing that was immediately clear was its links to nature. The disease reportedly originated in bats and was connected later to other animals such as pangolins.

The future of these wet markets seems uncertain. Many of us hope (despite respecting the differences in culture) that they can become a thing of the past.

Thankfully, there was some good news to come out of this. China is cracking down on the wild animal trade. This year, pangolin scales were removed from the official list of ingredients approved for use in traditional Chinese medicine.

Lockdown followed and the consequences for wildlife were varied.

Many people claimed to hear more bird song than they had in years. Debate sparked as to whether this was due to an increase in birds or a decrease in road noise…or both. It was never really resolved but couldn’t have been a bad thing either way.

Zoos, which currently play a role in wildlife conservation, were thrown into huge financial difficulty as they were forced to close. For a long time, the future for many animals looked uncertain as the zoos relied on public donations. Kind and concerned staff to moved into the zoos full time in some cases!

Luckily the UK government allowed them to reopen over summer which saved many for collapse.

Loss of wildlife related tourism has meant that the future is uncertain for some key hotspots.

Tiger King was inescapable as it hit Netflix in March.

It told the story of a man who bred and housed tigers on his own land and opened it as part of a self-run zoo. The tigers were housed in stark, cramped cages and forced to perform and pose for photos.

Many had hoped it would serve to shine a light on the cruelty of keeping large mammals in these conditions in captivity. Most were disappointed that the needs of the animals were overshadowed by the drama of Joe Exotic’s personal life.

Few of 2020’s many postponed and cancelled events were as impactful as the delaying of COP26.

The climate change conference had been due to take place in Glasgow in November of this year. It had been widely hailed as the most significant conference on climate change since the Paris Agreement in 2015. Many world leaders and key decision makers were expected to be in attendance.

The news that it was postponed was a blow, of that there is no doubt, but 2020 has shown us what can be done if a government truly puts itself behind a cause. Many now have high expectations for the bar set for climate action.

In June, Boris Johnson left environmentalists in a state of shock and rage when he announced his plans to “build, build, build” in his mission to “level up Britain”.

This included a whole range of projects. It also touted the removal of a lot of “newt-counting red tape”.

I’m sure most of us support progress and removing pointless administration. However, many of us were left slightly (very) bewildered by the ignorance it demonstrated. Hadn’t we all JUST been talking about relying on nature through lockdown?

Meanwhile, plans to build HS2 against A LOT of opposition, continue to bulldoze on. In July Chris Packham lost a court battle in which he represented the interests of nature on the issue.

For UK wildlife lovers, one of the key wildlife conservation issues in 2020 was all about the beaver.

These little guys hold untapped powers to alter ecosystems for the better. It felt like no small victory for nature when it was announced in August that Britain’s first wild beavers in 400 years would be legally allowed to stay!

We hope the future is bright for beavers and champions for rewilding the UK.

In September, two beluga whales were successfully relocated from a marine park in China to an open-water sanctuary in Iceland.

It didn’t hit the headlines in the same way so some of the other stories here but to me it represents an enormous step forward.

The operation was immensely complex with many people and many parts. It was expensive. But it was right. For me, this was a huge moment as it represented what can be achieved when public will and resources are directed at projects for good.

The story of wildlife conservation issues in 2020 to perhaps bring me the most anger was that on the expansion of the badger cull.

It angered me in part because it was happening in my local area, but mostly because it felt regressive. We are able to vaccinate badgers against TB. Surely as a society we have moved past the solution to any problem being mass slaughter of living beings?

The government has, however, announced some encouraging new policies in the past few months.

First came the “30 before 30” initiative in September. Boris Johnson pledged to protect 30% of the UK’s land for nature before 2030. Politicians cited ideas of supporting the Nature Recovery Network.

Environmental advocates gave had a mixed response. Concerns were sparked that the distinction needed to be made between perfectly preened national parks from accessible family days out, and rewilded land designed to meet nature’s needs.

Regardless, it was a step in the right direction.

The announcement of a 10 step plan to step into a “green industrial revolution” followed in November. It included investment in renewable energy and carbon capture technologies, ending sales of petrol and diesel cars in the next decade and incentivising greener travel.

If these policies are fulfilled, they will mark an ENORMOUS shift in the UK’s attitude to tackling the climate crisis.

Wildlife conservation issues in 2020, just like the news cycle in general this year, has been a clash of the impacts of disease and climate. This shows no sign of changing in the opening months of 2021.

I hope that in 2021, time, money and policy will be thrown at the climate crisis like never before. COP26 should help to shine a light on its importance. The eyes of the world will be on the UK to take a leading role in climate science.

2021 will be a pivotal year in the fight against climate change. We will be watching our leaders for signs of their understanding of the scale of the mountain we have to climb.

Meanwhile, we must come to the realisation that the dominating disaster of 2020 was a direct result of our diminishing relationship with nature.

We MUST recognise out role in our own downfall and the need to fix this if we are secure our future.

Let me know in the comments this week, what did I miss? What would you add? Or perhaps remove? What will be your takeaway piece wildlife news from 2020? 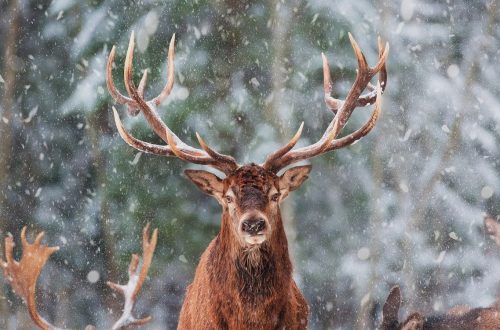 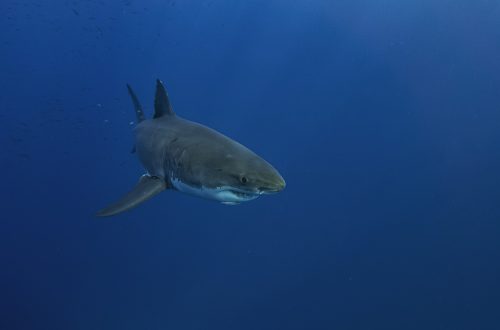 The Mystery of the Missing Sharks in Cape Town 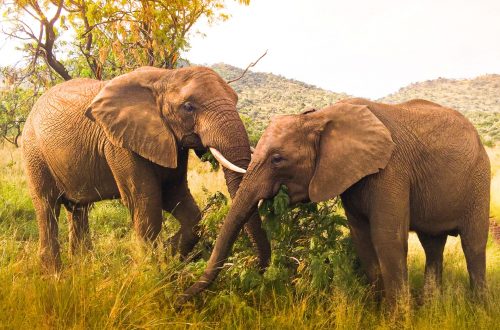